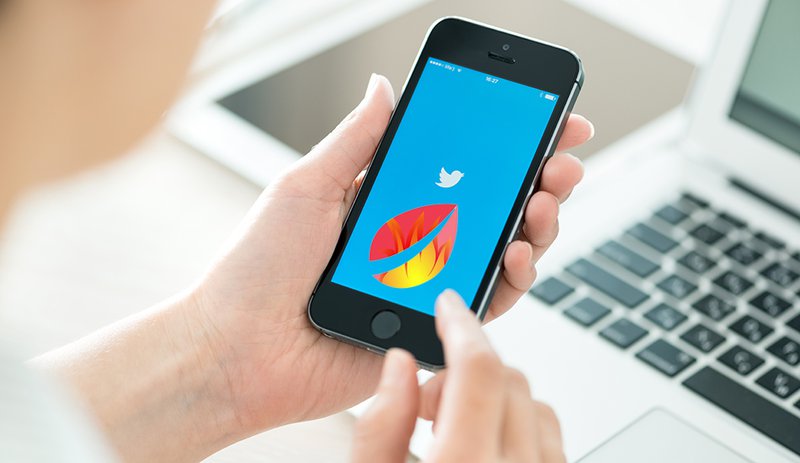 The Twitter account of “Bitfinex’ed,” the pseudonymous online critic of the world’s largest Bitcoin and cryptocurrency exchange, was suspended today. The blogger says his tweets were being reported and his account was being spammed with hundreds of thousands of fake followers, and he thinks Bitfinex is behind it. (Bitfinex nor its public relations firm, 5W, immediately responded to a request for comment.)

An unregulated exchange, Bitfinex handles around $2 billion in bitcoin and cryptocurrency trades per day. The company is closely tied with Tether, a sister company that produces tether (USDT), a stable token that is pegged to the U.S. dollar.

“Bitfinex trolls are claiming my tweets contain private information,” Bitfinex’ed told Bitcoin Magazine in an email. According to Twitter’s privacy policy, users may not publish or post other people’s private information without their permission.

But according to Bitfinex’ed, all of the information he shares is publicly accessible to anyone. “All recordings are public interviews or otherwise were available for anyone to record at the knowledge of the individuals in the conversation,” he said.

Following the account suspension, WhalePool, a Twitter account representing Bitfinex traders as well as shareholders, tweeted, “It is criminal that @bitfinexed made up a fake lawsuit to steal $50,000 from the public. Very shameful. Glad to see Twitter taking action against the true scammers.”

The tweet appears to reference a legal defense fund taken up by Bitfinex’ed in December 2017 and is misleading, Bitfinex’ed says.

In early December 2017, Bitfinex announced it had hired heavy-hitting law firm Steptoe & Johnson to end what its public relations firm called “a campaign of mistruth” against the exchange. Although Bitfinex did not spell out exactly whom it was threatening to take legal action against, the announcement came at a time when Bitfinex’ed had been persistently accusing the exchange of manipulating the market to drive up the price of bitcoin and issuing more USDT than it could redeem.

In response to the perceived threat, Bitfinex’ed began taking donations to prepare for possible legal action against him. He ultimately raised 2.5 bitcoin, which he claims to have liquidated immediately for around $24,000. He says he’s put all of the money into a trust overseen by a well-recognized lawyer in the space with instructions to donate the funds to ij.org, “a libertarian leaning charity,” in the event those funds are not needed.

Bitfinex’ed has since stopped accepting any more donations and, as of yet, has heard nothing from Steptoe.

According to Bitfinex’ed, the harassment began when Bitfinex initially hired 5W, a public relations firm headed by Ronn Torossian, long known for his brash and aggressive tactics.

Bitfinex’ed claims that his Twitter account became inundated with fake followers, immediately after he exposed that 5W misrepresented a memo by Friedman LLP, the firm that Bitfinex hired to conduct an external audit of its banking information.

On November 30, 2017, Torossian sent an email to reporters claiming the memo, put out by Friedman on September 28, 2017, clearly showed that Tether had actual dollars backing the USTD it issued at that time.

In fact, Bitfinex has never conducted an external audit of its accounts. Tether parted ways with Friedman in January 2018.

“Given the excruciatingly detailed procedures Friedman was undertaking for the relatively simple balance sheet of Tether, it became clear that an audit would be unattainable in a reasonable time frame,” Tether told CoinDesk in January.

Bitfinex’ed posted his first tweet in April 2016 and, soon after, began blogging. He claims he has no holding in bitcoin or other cryptocurrency. He liquidated all his assets when he began to suspect markets were being manipulated.

“I liquidated my position when I realized the consequences of the fraud that Bitfinex is engaging in. Once I fully understood it around April 20th, I figured they can pump it as much and as high as they wanted. I even said, ‘2,000 will be cheap.’”

Bitfinex’ed is still hoping his Twitter account will be restored, but for now, whether or not that will happen is an unknown. “Truth is, I can always make another account and people will follow it. I’d rather not though,” he said.

Bitfinex’ed has not provided any direct evidence of Bitfinex’s involvement in getting his Twitter account suspended, nor has Bitcoin Magazine been able to confirm that the exchange has anything to do with the account suspension.